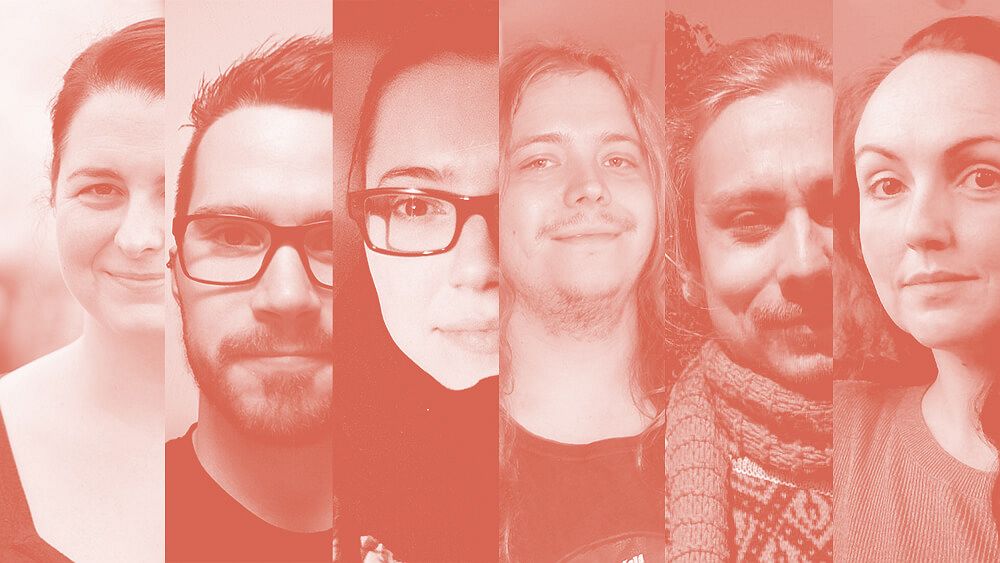 Have you met the Konsoll team?

We’re pleased to introduce you to this year’s group of hardworking volunteers. Their passion and dedication to bringing Game Developers together is sure to make Konsoll 2017 a spectacular one.(image: Sylvia.jpg class:floatedLeft caption: Sylvia)**Sylvia***Conference Director*Sylvia has been working with Konsoll for the past three years as a logistics coordinator. With a background in conference and project coordination from the University of Bergen and GameDev Norway, she runs the organizational side of the conference. _(image: Steffen.jpg class:floatedLeft caption: Steffen)**Steffen***Conference Director*As our Art and Conference Director, Steffen has worked intensely on Konsoll for the past four years. He has a background in Art and Design, and currently works as an artist, designer and producer with Henchman & Goon on their latest project Pode. He also sits on the board of Spillmakerlauget Vest. _(image: John.jpg class:floatedLeft caption: John)**John***Speaker Coordinator*Despite saying “this is definitely my last year” last year, we are very pleased to have John working with us and our speakers again. John has been working with Konsoll for the past four years as a speaker coordinator, and has previously organized Bergen Game Jam and Kompiler. He currently works at Ubisoft with AI. _(image: Runa.jpg class:floatedLeft caption: Runa)**Runa***Logistics Coordinator*This is Runa’s first year working with Konsoll, but don’t let that fool you. Runa is one of the best and hardest working game-industry coordinators in Norway, both as a leader and coordinator for Hamar Game Collective, Splash Jam, and GGJ. _(image: Robin.jpg class:floatedLeft caption: Robin)**Robin***Logistics Coordinator*It is such a privilege to welcome Robin back to the team this year. Robin is one of Konsoll’s original founding fathers with vast experience in event-organizing. Working as both a Network Engineer and Composer he also leads the Composers Collective as well as organizing Bergen Game Jam._**Erica***Media Manager*Erica is continuing her second year as our Media and Community Manager and we couldn’t be more thrilled. Currently a student in Bergen, she has a wide range of experience in social media marketing and promotion from all over the world._**Patrick***Volunteer Coordinator*We are happy to have Patrick continue on the team this year as our Volunteer Coordinator. Patrick has been working with Konsoll for the last four years, on top of coordinating events and communities such as the Bergen Game Jam, and Hyperion.(image: Yngvill.jpg class:floatedLeft caption: Yngvill)**Yngvill***Game Master*Please meet our one and only Game Master, Yngvill. Yngvill has been hosting Konsoll for the past four years and has done a fantastic job presenting and representing the Norwegian Game Developer community. She is also an artist and leader of the Bergen-based game company Henchman & Goon.

«Previous
Konsoll video archive Announcement»Next
Venue announcement
We use cookies on our website to give you the most relevant experience by remembering your preferences and repeat visits. By clicking “Accept All”, you consent to the use of ALL the cookies. However, you may visit "Cookie Settings" to provide a controlled consent.
Reject AllAccept All   Cookie Settings
Manage consent