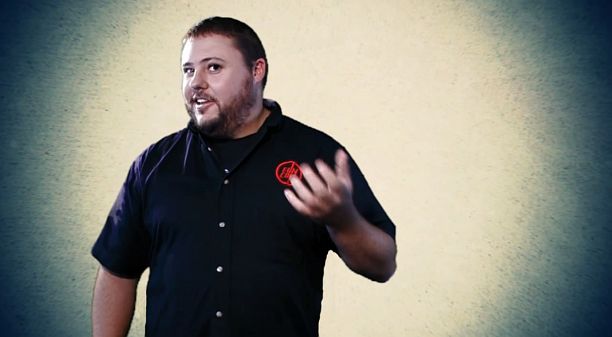 We are thrilled to invite Joel Bylos, Creative Director at Funcom, to Konsoll!

From humble beginnings washing cars at Bislet Bilutleie, to the Creative Director of Norway’s largest game studio, Joel has worked on every major Funcom project over the past 10 years. From Quest Designer (Age of Conan), Lead Designer (Rise of the Godslayer), Lead Content Designer (The Secret World) to Creative Director (The Park, Conan Exiles) he has worked on a variety of games from the ground up.Originally focused primarily on Quest and Narrative Design, over the years Joel has become proficient in multiple different angles of game development including the most important one – team motivation.

He’s looking forward to speaking at Konsoll – probably in English because his r’s don’t sound right in the Bergen dialect. As he’s located just over the mountains from us, we look forward to welcoming him to the best part of Norway!

«Previous
Speaker: Claire Blackshaw (Sony)»Next
Konsoll Connect (Oct 4) [Updated]
We use cookies on our website to give you the most relevant experience by remembering your preferences and repeat visits. By clicking “Accept All”, you consent to the use of ALL the cookies. However, you may visit "Cookie Settings" to provide a controlled consent.
Reject AllAccept All   Cookie Settings
Manage consent