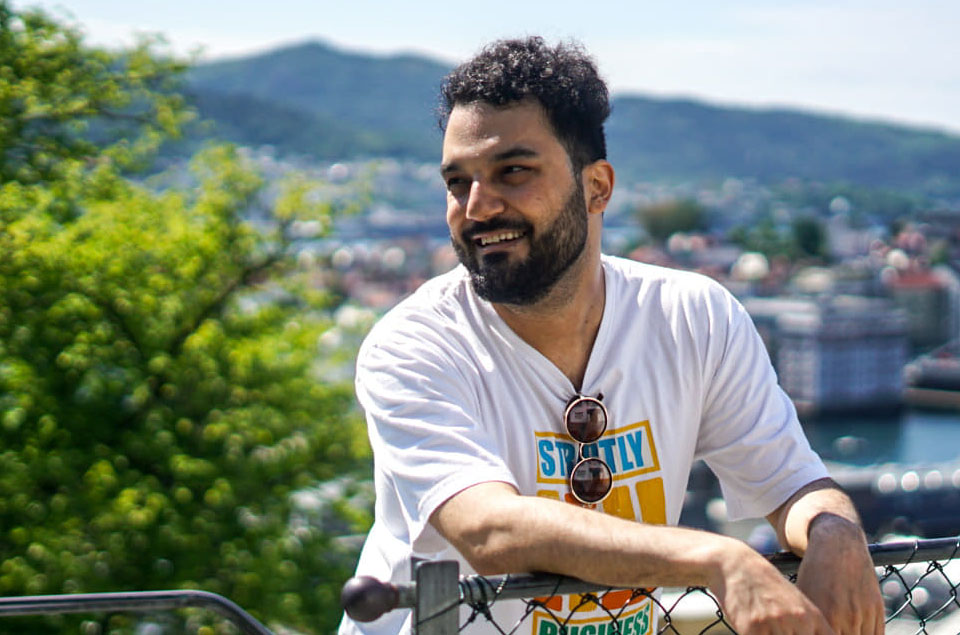 Have you met the fabulous Ozan? We’re lucky that he’ll be joining us this year at Konsoll to talk about comedy as a tool in games!

Ozan Drøsdal is a writer, animator, and game designer responsible for award winning games such as Manual Samuel and Helheim Hassle! He also wrote the dialogue for Bafta winning game My Child: Lebensborn! He co-founded Norwegian game company Perfectly Paranormal that focuses on 2d comedy games with unique gameplay mechanics. He is also quite popular on Norwegian youtube these days under the name The Ozan Show NORGE. What a guy!

«Previous
Speaker Spotlight: Cassia Curran (Curran Games Agency)»Next
Konsoll 2021 tickets go on sale September 20th!
We use cookies on our website to give you the most relevant experience by remembering your preferences and repeat visits. By clicking “Accept All”, you consent to the use of ALL the cookies. However, you may visit "Cookie Settings" to provide a controlled consent.
Reject AllAccept All   Cookie Settings
Manage consent