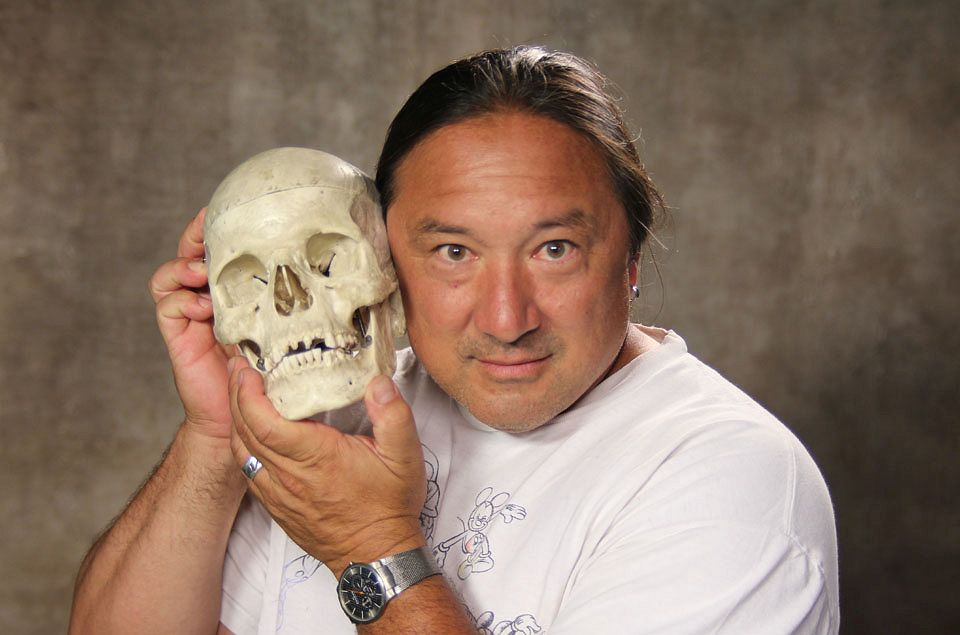 Please join us in giving a warm welcome to our next speaker, Stuart Sumida!

Dr. Stuart Sumida is a paleontologist with the California State University San Bernardino who has published three books and over 70 journal articles, specializing in the biological transformations that took place as back-boned animals adapted to life on land. He is a frequent anatomical consultant to the entertainment industry, working on more than 60 feature-length motion pictures, including Beauty and the Beast, The Lion King, Lilo and Stitch, the first and last Harry Potter films the How to Train Your Dragon series for DreamWorks, Life of Pi, Ratatouille for Pixar, and many more.

He also served as a consultant to animators to video games such as Horizon Zero Dawn, Disney’s academy-award winning Zootopia, Jurassic World Fallen Kingdom, and DreamWorks’ Abominable. He has worked on a variety of television projects, including helping develop the animal characters in the HBO/BBC series His Dark Materials. He has also served as an anatomical and biomechanical consultant for Walt Disney Imagineering, including the yeti in Animal Kingdom’s Expedition Everest attraction, and updates to animation in the Matterhorn in Disneyland California.

We are excited to hear Stuart’s talk “The Five Most Important Anatomical Rules for Animators.

«Previous
Speaker Spotlight: Felicia Prehn (Nopia Oy Ltd.)»Next
Speaker Spotlight: Lee Petty (Double Fine Productions)
We use cookies on our website to give you the most relevant experience by remembering your preferences and repeat visits. By clicking “Accept All”, you consent to the use of ALL the cookies. However, you may visit "Cookie Settings" to provide a controlled consent.
Reject AllAccept All   Cookie Settings
Manage consent