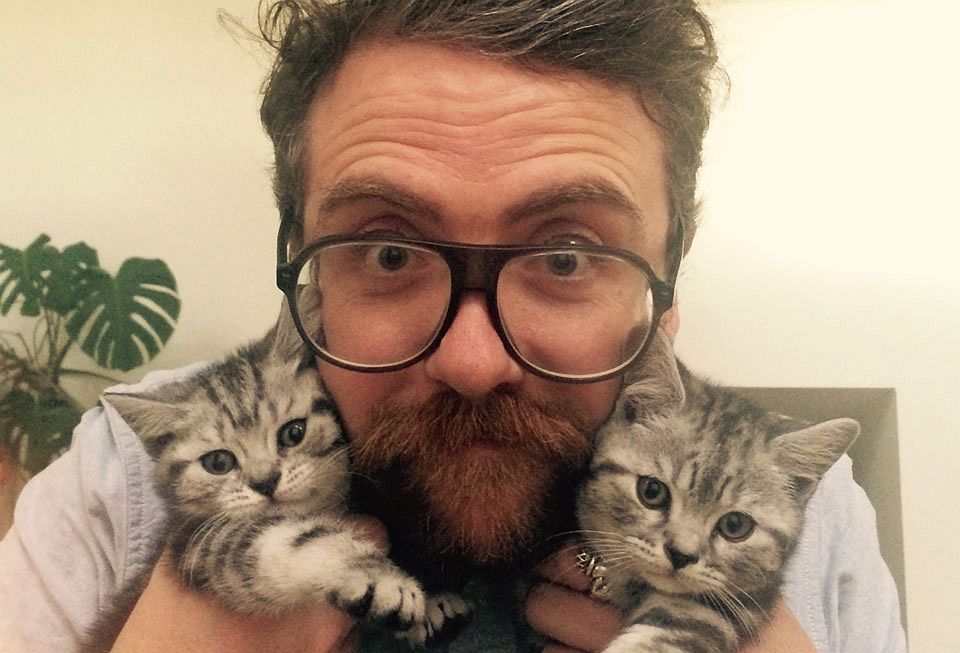 With one of Konsoll’s favorite profile pictures, please help us give a warm welcome to our next speaker, Rex Crowle.

Rex’s background is in art, animation and design. He has worked in television animation, for clients such as Disney and MTV, but most of his career has been in video games. Firstly finding an outlet for playful experimentation in the early days of Lionhead Studios, and then continuing those interests at Media Molecule: creating the identity of studio, as well as art and vibes for LittleBigPlanet 1 and 2. In 2010 he was given the opportunity to creatively lead a project, which would become Tearaway (2013) and then Tearaway Unfolded (2015), which were awarded 3 BAFTA’s including the Artistic Achievement award, and he was personally named a BAFTA Breakthrough-Brit. In 2016 Rex co-founded a new micro-studio to create “Knights And Bikes” a game that would draw inspiration from his childhood experiences growing up on the family farm in Cornwall, UK. The game was successfully crowd-funded via Kickstarter, and will be published during the summer of 2019 by Californian studio/publisher Double-Fine.We’re looking forward to hearing more about his experiences!

«Previous
Konsoll Conference Hotel»Next
Speaker Spotlight: Ryan Duffin (The Initiative)
We use cookies on our website to give you the most relevant experience by remembering your preferences and repeat visits. By clicking “Accept All”, you consent to the use of ALL the cookies. However, you may visit "Cookie Settings" to provide a controlled consent.
Reject AllAccept All   Cookie Settings
Manage consent